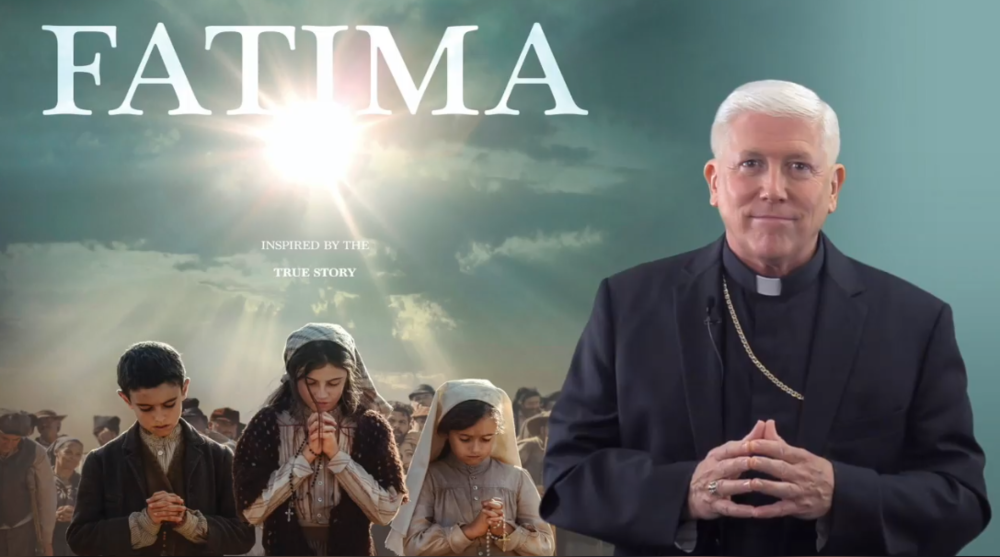 A month ago a new feature film entitled Fatima was released.  Fatima, a fact-based drama from director and co-writer Marco Pontecorvo, recounts what may rank as the most remarkable series of religious events of modern times. Namely, the 1917 apparitions of the Virgin Mary  to three shepherd children near the Portuguese city of the title. Thanks to Bishop Thomas and the Knights of Columbus, the Catholic Schools Office of our Diocese has purchased a license for each school building to view the film. The film is rated PG-13 so permission slips will be coming home today for students in grades 3-8 to view this film at school next week. The Diocese spoke with a prominent national Catholic film critic who said, "There are a few visionary scenes of war and a restrained sequence more suggesting than depicting the vision of hell. I think it would be appropriate for all but the most sensitive youngsters."  See the attached video from Bishop Thomas as he welcomed back our students to school and discussed this film.